The YAA owns five farm implements which you can rent for your own needs or for custom or contract agricultural work.  The power requirements for each machine will vary according to use and soil conditions. It is the responsibility of the user to understand how to transport and operate each piece of equipment. Information about rental procedures and transportation will be provided at time of booking. All bookings are managed through an online booking system from April to October of each year. See details and information links below. Multi-day and weekly rates are available. 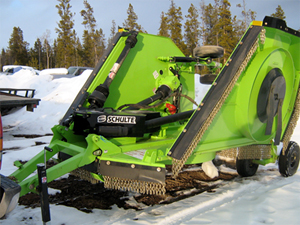 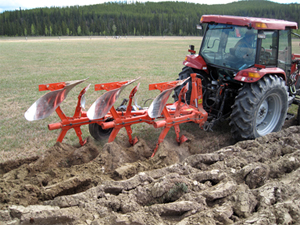 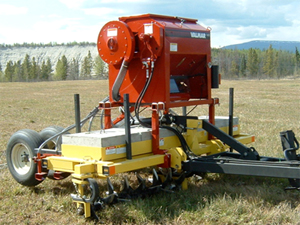 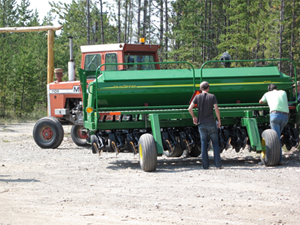 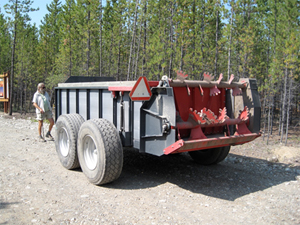 In 2003, 2004 and 2008, YAA led initiatives that involved the purchase, transport and management of twenty-one agricultural storage bins – sizes ranged from 22 to 36 to 44 tonnes.

Over the span of the program, one to three bins were located on up to 13 farms throughout the Yukon. The purpose of the program was to facilitate bulk purchases, reduce transport costs and provide shared-use infrastructure to YAA members.

The program was in operation for 15 years old and has now been decommissioned. In early 2019, the current storage bin site holders were sent an asset purchase agreement and were offered the option to purchase each bin for $3,000. All but one site holder opted to purchase the bin(s) on his/her property. The remaining bin was auctioned off with a starting price of $3,000.

Revenue from the sale of the bins is being reported as restricted funds in YAA’s financial reports. Full details were presented at YAA’s November 2019 AGM.